TSP Congratulates the Dawnland Team on Its Emmy Win

In September, an independent film called “Dawnland” won an Emmy award for Outstanding Research. The groundbreaking film covers the reconciliation process of one of American history’s least-told stories: How government institutions displaced Native American children in an attempt to erase Native American culture. By some estimates, this happened to at least one out of four Native American children and was public policy in some states as recently as the 1970’s.

Dawnland shed light on the emotional and physical harm that resulted from the policy of forced rehousing. But more importantly, the film explored the modern process of reconciliation. It featured stories of those affected by this government policy and the healing provided by the Maine Wabanaki-State Child Welfare Truth and Reconciliation Commission — the first commission in the United States to give Native Americans an opportunity to share their stories and experiences.

In today’s world where poisonous fake news and inflammatory tweets polarize the masses, Dawnland is a welcome antidote. The film shows that there are genuine people who want to make amends, not just for their own mistakes, but for those of previous generations that caused institutional harm to others. 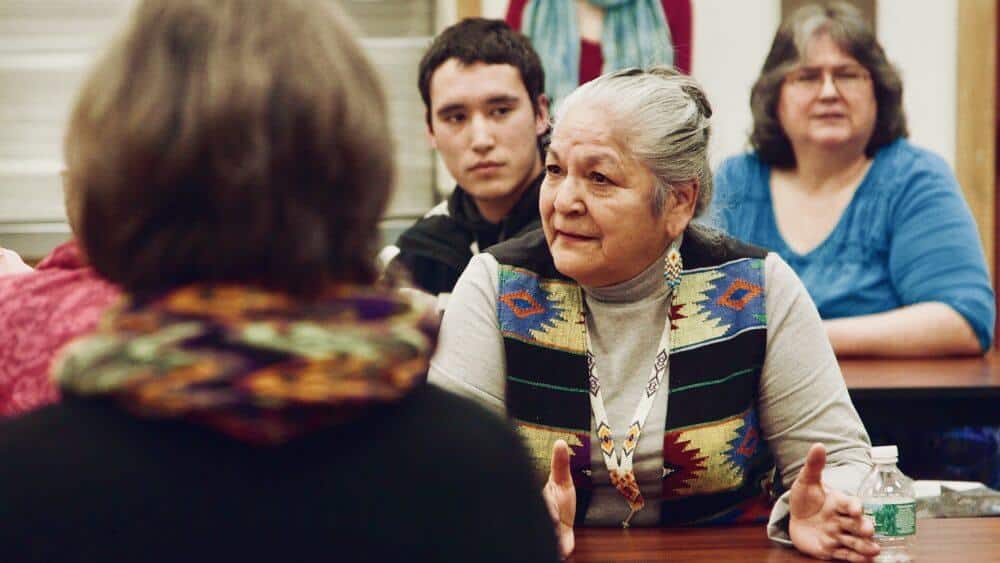 TSP is happy to have played a small part in bringing Dawnland to the big screen. Dawnland Co-Director Ben Pender-Cudlip is a TSP alumnus, and he met his counterpart Adam Mazo in our now-defunct Internet Cafe on Boston’s Newbury Street over 10 years ago. It is here where Ben and Adam shared their love of documentary films.

In Grepcast Episode 44, Ben told the story of how he began his career in documentary filmmaking with a leap of faith. TSP sponsored the IFFBoston independent film festival — now in its 17th year — for its first eight years. As part of our sponsorship, we received a few IFFBoston “all-access” passes, so our staff could see as many films as they wanted at the festival.

Ben took advantage of his IFFBoston all-access pass and binge-watched documentaries and independent films on Saturday and Sunday. On Monday, Ben came into the office with his letter of resignation. He knew that documentary filmmaking was his calling and passion in life, and he needed to start as soon as possible to make it a profession.

In retrospect, Ben’s resignation was one of the best that a boss can get. At the time, I wasn’t happy about losing Ben; he was a highly capable and skilled Account Manager. But today, I couldn’t be happier for Ben and Adam, and how their friendship has led to an Emmy award-winning film. Lastly, this story is proof that being an entrepreneur and business owner isn’t just about the success of your business — it’s also about the connections that your business makes with its employees, and how these connections can make lives more meaningful and fulfilling than ever before.

Keep up with Ben and Adam’s latest projects at the Upstanderproject.org.

Do you have a topic you’d like covered? Submit your request, and we will cover it in a blog post — or perhaps a podcast!

Did you know 56% of CEOs said digital improvements have led to revenue growth? Find out how we can help by filling in the form below.